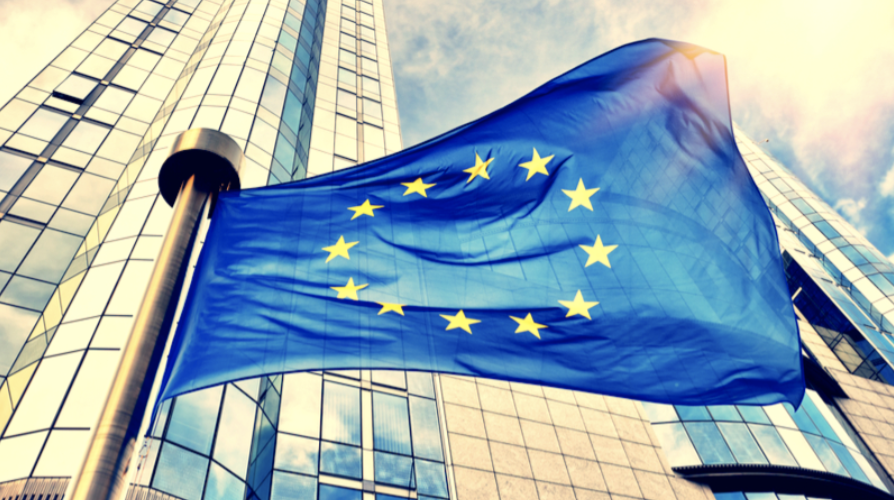 Married couple Dan Sobovitz and Grégory Merly became parents to twin boys on Father’s Day, so you’d think that the celebrations were doubly as beautiful

In their own words, they knew it wasn’t going to be easy, and said “they were read for the sleepless nights and mountains of diapers”.

But what they hadn’t planned for, was the “uphill battle” that taking their parental leave from work became.

A year on, now that their sons Theo and Yuli have celebrated their first birthday, the couple have told Euronews how having their sons led them to “suing the European Parliament in the General Court of the European Union for discrimination against same-sex couples”. 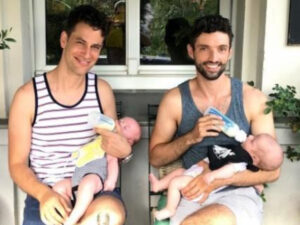 At the time of their son’s birth, the couple were living in Brussels and were both working for the EU

They agreed a surrogate arrangement with an American surrogate who would use two anonymous egg donors each fertilised with the sperm from one of the dads.

But when it came to applying for parental leave for when the twins were born, the couple were stumped, saying, “We found out that the EU institutions only allowed women to take paid leave when they become parents. After 10 days of what is usually called special leave for the birth of a child, men are supposed to go back to work”.

“We considered it be a discrimination against men who want to share the raising of children, against women who want to go back to work earlier and rely on their male spouses, and especially against gay couples, given that there’s no mother in our case.”

Since 2012, the EU’s policy was to “to grant, on an ad hoc basis, leave equivalent to the 20-week adoption leave to staff that become parents through surrogacy’

But since March this year, due in part to Dan and Grégory, this rule is now no longer ad hoc, but the norm.

However, the problems didn’t stop there. Whilst Dan was granted 25 weeks parental leave (the same as for women who have twins), Grégory was only granted 10 days. This is the parental leave granted for the birth of one biological child. It was considered that Grégory only had one son because only one had his DNA. In order to get another ten days, he would have to adopt his own son.

A spokeswoman for the European Parliament said it, “looks into each personal situation individually since there are a number of personal factors that can determine some differences to the length of the leave. Diversity and non-discrimination are core values for Parliament”.

Dan says that his “husband in the European Parliament was refused the same rights I was granted.

Our struggle is to ensure this would be an automatic right for all same-sex parents across all EU institutions.”

The ensuing legal battle has been described as a “Kafkaesque situation” by the couple. Shortly after their birth, the couple moved to Berlin for the quality of life and the fact that “German law recognises US court orders defining a child’s legal parents”.

But until the legal process is over, the children are US citizens, not EU citizens

This means a headache for overseas travel and regular visa renewals.

Dan says, “It dawned on me that at almost every step of their administrative lives, we will have to fight because we don’t fall in the common definitions. I did not expect that.”