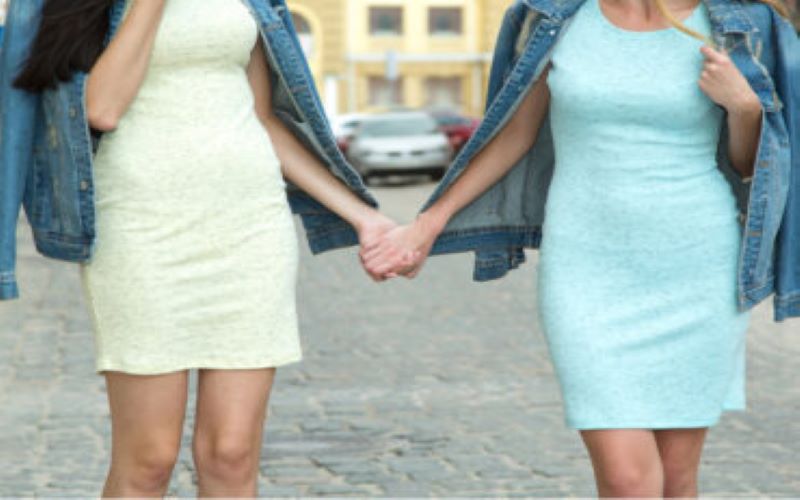 Although there are many reasons for wanting to find a sperm donor, single women particularly are increasingly opting for this route to parenthood. Some may feel they are reaching an age where they feel time isn’t on their side.

To meet someone, fall in love and to get to a place where you are both ready to commit to parenthood, it all takes time. Time which they feel may be too late. What if they don’t meet the right person at all – a partner who shares their hopes and dreams of one day becoming a parent.

Here are five “very different” women who all decided to become single mothers. One decided to adopt; another fell pregnant at an early age and her boyfriend didn’t support her.

They are all living proof that, with the right support, being a single parent can be all that you hope for and more.

Each woman has an extraordinary story to tell.

Her story began when “the last attempt at getting back together with my ex went wrong”. Suddenly she was on her own with an absolute yearning to have a child. She started to do some research and came across the London Women’s Clinic, a fertility clinic in Harley Street, London, who were holding a seminar on donor conception which she attended.

Having made the decision she wanted to go ahead with single motherhood, she admits that choosing a donor was tough to begin with.  Personal information on donors is more limited in the UK whereas in some other countries, you can get to know much more about the person, with details such as ethnicity, nationality, height, weight, education, profession, personal interests, some medical history and even photographs.

However, Mika didn’t have any specific criteria and with the donor being from the UK, this became more important to her as she knew that it would make meeting up in later life easier for her children, if this is something they wanted to do.

She became pregnant with twins through IVF and says that the first few months following the birth were “intense” and that at times she felt “utterly overwhelmed.”  However, she also says: “Having surprise twin boys is certainly hard work, but I know no different and I get double the joy!”

Planning to normalise her boys’ beginnings and family set-up from as early an age as possible, Mika says that she will explain when they are ready.  “The Donor Conception Network advises on this.”

When asked if she has any advice for other women considering following her path, she says: “To those interested in becoming a single parent, I would say go for it – there’s plenty of support out there in terms of forums, websites and single mum networks. I think the future is positive. Why not? There are many different family set-ups these days. Love is the most important thing.”

Catherine Gaywood, 37, from Essex now has twins, Mae and Phoebe

On finding out she had limited eggs and no relationship on the horizon at the time, she decided to “go it alone”.

She underwent IVF using sperm donation at a private fertility clinic.  To find a clinic, she looked on the HFEA website, the governing body for fertility treatment in the UK.  Her clinic then told her about Brighton Fertility Associates, which offers a UK- based sperm bank.  They were really supportive.

Catherine says: “Choosing a sperm donor is like internet dating but without the pictures. You can filter results by employment status, education attainment, height, hair colour, eye colour, body type and so on.  If I had not required IVF, I would have gone down the informal route.”

She explains the whole process cost her £10,000.  “But I suppose I did get a bit of a buy one, get one free deal!” she quips, having given birth to twin girls.

With time and money being tight, she thankfully does have support from her parents and is proud of the choice she made.  Catherine confirms: “the donor will be spoken about.”

When asked what she wishes she’d known beforehand, she answers: “I wish someone had said to me ‘freeze your eggs’ when I was in my mid to late 20’s.  I had disposable income and your body is at its peak health and fertility then. The eggs can stay frozen for 10 years, so it would have taken the pressure off me, both for my career and relationships. ”

Vanessa Gray, London, was 42 when she gave birth to her son, Theo

She decided to become a single parent as she had given up hope of meeting anyone.

Vanessa says: “I approached a fertility clinic and was artificially inseminated via an anonymous sperm donor.  It worked on my first attempt.”

She continues: “It was very difficult to choose the right sperm donor – you only have the descriptions of donor features and personalities provided by the clinic to go on.”

She says that once Theo arrived, it was “much harder” than she expected though she added: “Things are getting a bit easier.”  She moved in with her mum for the first five months.

When asked what she wishes she’d known beforehand, she replies: “I was very anxious and upset at times, however I did use the Time To Talk service, which really helped.”

Vanessa says: “I would say if you’re thinking of conceiving via a donor, just do it! I did it at the right time for me and I have absolutely no regrets.”

She touches on egg-freezing for women who are considering having children alone at a later stage – eggs can be frozen for up to 10 years.

She confirms her clinic has its own bank of donors and explains that a woman “can choose to import sperm from a European or United States bank (where there is generally more information available on the donors) or via a friend who volunteers.”

Describing a “vigorous screening process for all sperm donors, as laid out by HFEA,” she says that donors’ medical history is assessed using data from their GPs.  Donors are also required to take a number of blood tests to check for infections and any genetic defects.

Anonymous donors give women the opportunity to select from profiles which include information such as: “age, family background, interests and a physical description.  The doctor reassures that this kind of process “will always attract nice, young and easy-going people who want to help.”

Women complete a form detailing physical traits in their own family to help the clinic find a suitable donor, if this is what they would prefer.

And the clinic is able to offer “sibling sperm” in cases where another child is wanted, using the same sperm.

Naturally, legal consent forms are required.  Donors are anonymous in the UK, however children have the right to meet their genetic father once they are 18.

Women are advised to draw up a contract with a solicitor, with regard to involvement, if sperm is being donated by a friend.

These links will give you more information on how the NHS can help: IVF; IUI; finding a sperm donor and details of the UK’s first NHS funded sperm and embryo bank can be found here: www.ngdt.co.uk.

The criteria for being eligible for NHS help is laid out here: www.nhs.uk.  Both criteria and timescales vary across the UK.

As Mika suggests, there is plenty of help out there.  For those looking to go down the assisted fertility route, see the IVF babble forum or IVF buddy.  There, you will find likeminded people whom you can share experiences with. Supporting each other through your respective journeys, you will undoubtedly make new friends, even share information that can help you on your way.